AYURVEDIC HERBS TREATMENT for Rabies AND CURRENT CONCEPTS OF ITS PREVENTION

Rabies is fatal viral encephalitis caused by a single stranded RNA virus belonging to the genus lyssavirus of the family Rhabdo -viridae. It is a zoonotic disease endemic in India and one of the most dreaded illnesses known to main since ages. It is transmitted   to human beings by the bite /lick / scratch of infected animal. Among human infection, rabies is the 10 th most common cause of death. 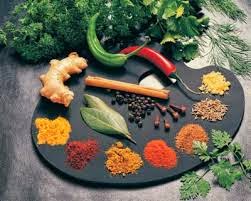 The term rabies is derived from the Sanskrit word ‘Rabhas ‘ meaning to do violence or Greek word ‘revere’ meaning in delirium. On 6th July 1885 Louis Pasteur invented the first vaccine and it was administered to a boy named Loseph Meister who was bitten by a rabid dog and he could be saved ultimately.

Paralytic type (up to 30 days)

Sequence of manifestation is complete paralysis, coma and death.

If proper wound treatment in animal bite cases is done, the risk of developing rabies reduces by 50-60%. Wound should be washed under running tap water for 5-10 minutes with soap, preferably by a detergent. Water removes the virus mechanically and soap dissolves the lipid envelop of the virus and destroy the virus by detergent action. If soap is not available then wash it with plenty of water.
Quaternary ammonium compounds (savlon, cetavlon ) are no longer recommended.

It is primarily a zoonotic disease of warm blooded animals.
It is the communicable disease of man that is always fatal.
The virus is excreted in the saliva of the affected animals.

The incubation period in man is highly variable commonly 3-8 weeks following exposure but may vary from 4 days to many years. The virus ascend s passively trough the nerve associated tissue space. Aerophobia may be present and is considered by some to be path gnomic of rabies. Patients with rabies are potentially infectious because the virus may be present in the saliva vomitus, tears urine or other body fluids

Rabies is a community health hazard as well as a health related disaster in Indian as well as global scenario While polio is on the verge of eradication, the magnitude of rabies is still underestimated in our country.

According to Ayurveda COMPLICATION OF RABIES is undertaken in VATTA VYADHI, It means that it is neurological disorder. Our body is based on three doshas VATTA, PITTA, KAPHA.Our nervous system works on vatta when vatta get vitiated it leads to vitiation of the dhatu present in the brain. AYURVEDIC HERBS TREATMENT for Rabies is more  effective in medical field.

The kapha dhatu present in the brain get vitiated leads to imbalance of the nervous system which wills again vitiation of the VYAN vayu. Our brain has the stotras according to Ayurveda which means the smallest channels in brain or the cells and tissue of the brain, where all physiological changing of the neurological matter occur it is also get vitiated due to the vatta present in the brain.

Our brain contain the shudh white matter made up of shudh kapha but when vatta vittate it it become asudha kapha called more grey matter and changes the electromagnetic changes in the brain.

When the Ayurveda is written, at that time no electromagnetic mechanism was invented so the ayurvedic physician relates this method of transmission with vatta and the disease of neurological origin and imbalance of brain tissue is called Vatta Vyadhi. Ayurvedic physician said that the vitiation of Vatta leads to increase in mental disorders.

Ayurveda have lot of herbs which nourishes our brain tissue and controls the VATTA of the brain and give good or shudh kapha or white matter. These herbs give the strength to brain tissue and completely cure the disease. In our routine opd lots of people who are suffering from these diseases came to us take treatment.

SIGNS AND SYMPTOMS OF PATIENT WHO HAD VITIATED VATTA

Extreme distractibility -lack of concentration will not allow you to stay on track.
SELF HELP THAT CAN AFFORD A   PATIENT TO HIMSELF/HERSELF
TREATMENT ACCORDING TO AYURVEDA

1. We target herbs that act on vitiated vata and keep you calm by
2. Recharge yourself with

FOOD TO BE TAKEN

Please Feel free to write your questions and opinion in below comment box
Posted by Unknown at 23:25